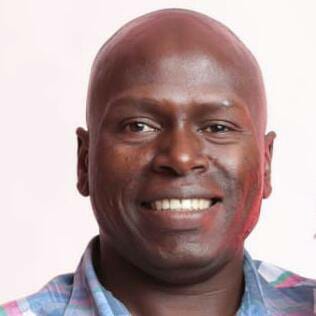 Felix has been in the tourism industry for almost 2 decades. Felix attended Kenya Utalii College; which is the best tourism school in East and Central Africa. Felix then worked for a Swiss company called Kuoni Private Safaris-East Africa, for close to 7 years. While at Kuoni, Felix; who speaks French and German worked as a bilingual safari group leader accompanying groups across East Africa on safari. During this time, Felix visited almost all national parks and reserves in East Africa. He also gained a lot of experience on how to lead and manager large safari groups who speak different languages at the same time. After 4 years of criss-crossing East Africa’s wonderful attractions, Felix moved to the head office as the Asst. Operations Manager. After a year, he was promoted to Operations Manager. A position he held till he left the company in December 2000.

Felix and his wife Janet founded Travel Connections Ltd in March 2001 and Felix has been running the head office since then. Travel Connections Nairobi Office handles mainly inbound FIT safari packages. Most of our safaris are private and exclusive and in most cases combine 2 or more countries. Felix strives on ensuring a very personalized safari experience to all clients. He personally meets all clients upon arrival at the airport and sees them off on the last day. Felix is passionate of this job.

Felix and Janet are very well traveled individuals. Not only have they traveled extensively within Africa but have also traveled widely across Western Europe, North America and Asia. Felix and Janet have a daughter.