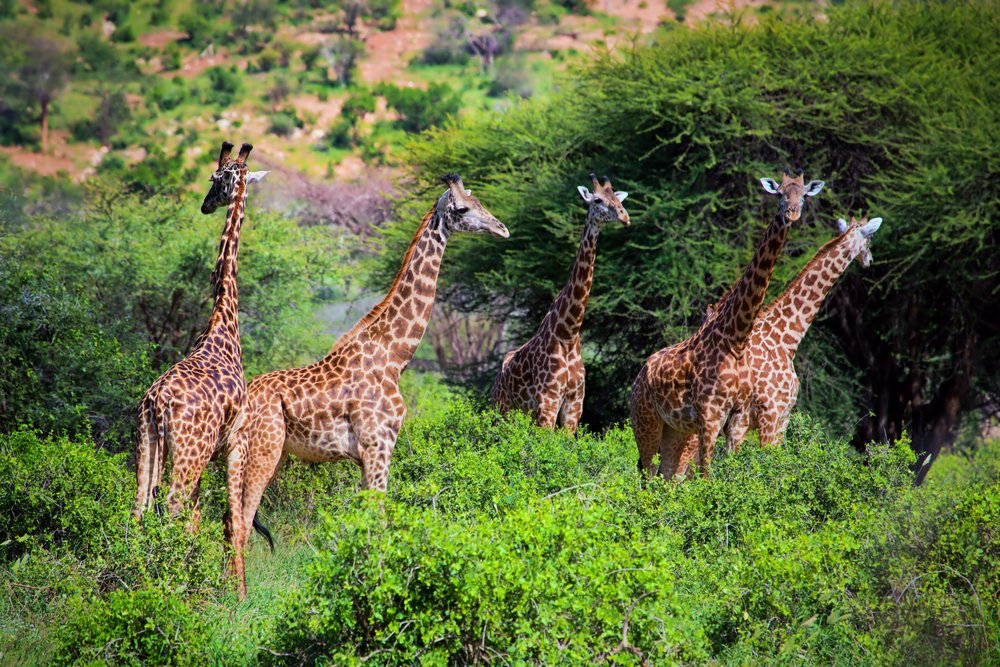 The Tsavo West national park covers 9,000 km2, approximately 30% of Kenya’s area under parks, and contains a diversity of habitats, wildlife and a mountainous scenic landscape. The park is a vast expanse of savanna stretching from the Athi river, North of the Mombasa-Nairobi road and south to the Tanzanian border. The North Eastern boundary along the Athi adjoins Tsavo East National Park, but Tsavo West has a more varied topography and a more diverse array of habitats than its neighbour.

The park’s habitats include open plains alternating with Savannah bush and semi desert scrub, acacia woodlands; rocky ridges and outcrops and more extensive ranges and isolated hills; belts of riverine vegetation; palm thickets and on the Chyulu hills, mountain forest. There are numerous rocky outcrops and ridges and part of the park, towards the Chyulu Hills, is of recent volcanic origin with lava flows and ash cones including the Shetani lava flow, an example of a recent volacano.

In the far south western corner on the Kenya Tanzania border is Lake Jipe, part of which is in the park. This very attractive lake is fed by runoff from Mt. Kilimanjaro and the North Pare mountains. At Mzima Springs, in the North of the park, water that has filtered underground from the Chyulu Hills gushes from below a lava ridge into a series of clear pools.