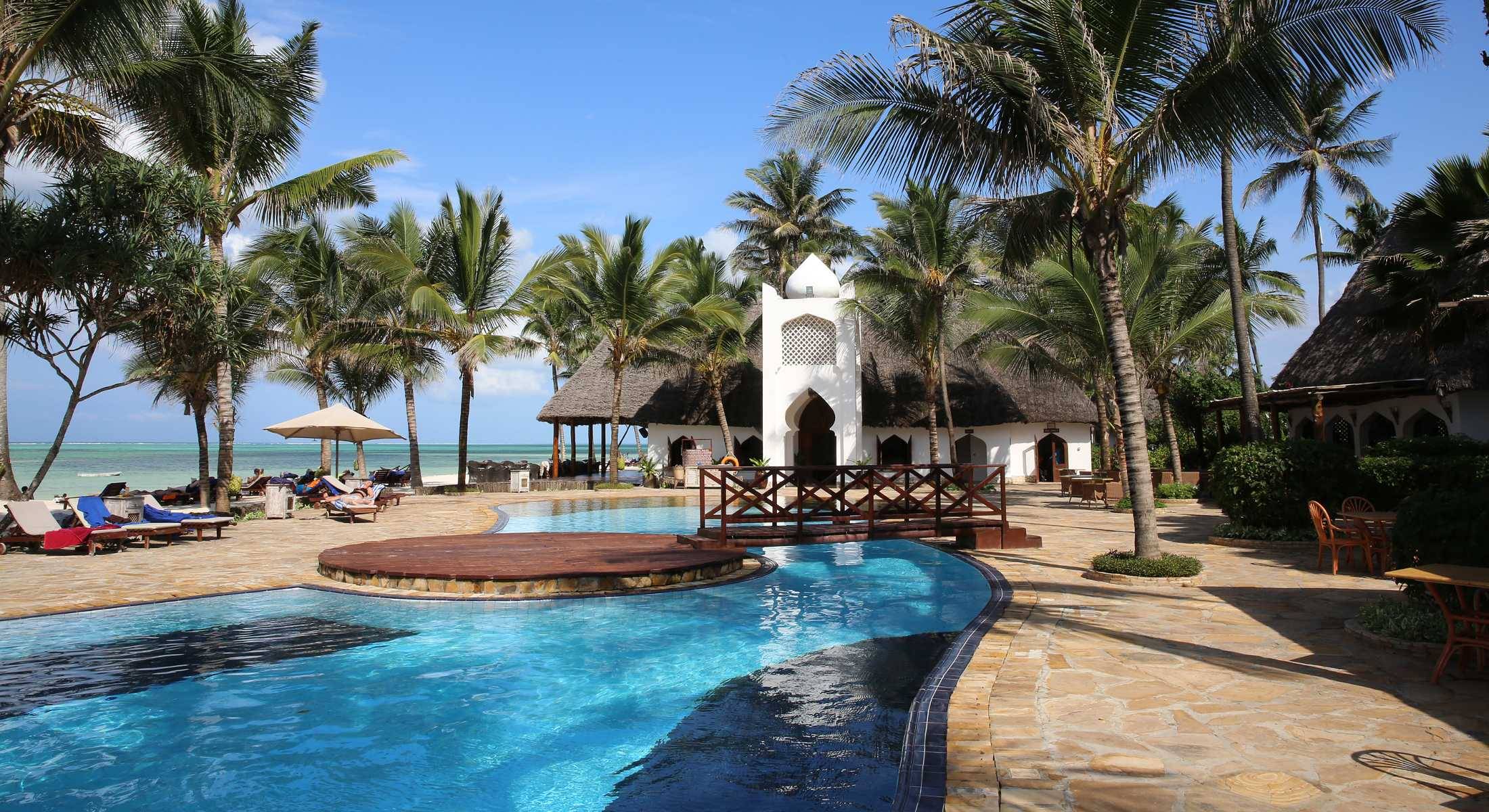 Sultan Sands is situated on the same fabulous beach as its’ sister Resort, the Bluebay Beach Resort &
Spa.
Previously known as La Villa Beach Club – a 20 roomed hotel, in 2007 the construction of 56 additional rooms was started on its extensive and unused grounds.

It opened in July 2008, with the integration of the NEW rooms and the refurbished existing rooms, as the Sultan Sands Island Resort.
The hotel has a total of 76 rooms, made up of the following categories:
» 56 PWANI Rooms
» 20 BAHARI Rooms
The Rooms

Each Room (in the two-room categories) bears the hallmarks of a spacious bedroom, separate dressing room, en suite bathroom, and a verandah or balcony.
The rooms were planned with utmost care offering every possible comfort for the guests, including solar heating. They are tastefully decorated and feature either one large bed or two queen size beds with mosquito nets, separate dressing room, ensuite bathroom with a shower, spacious verandah, Split level air conditioners, ceiling fans, satellite TV’s, mini-bars, hairdryers, safes, and telephones.

PWANI ROOMS
These are the newly constructed rooms of the Sultan Sands. They are on rising grounds in beautifully landscaped gardens, facing out to the Ocean. They are built in single storey traditional rondavels, each with two tastefully decorated bedrooms with separate changing rooms leading into superbly appointed en-suite bathrooms.

BAHARI ROOMS
These are the original La Villa Beach Club rooms but modernized and refurbished to be at par with the newer PWANI Rooms. They still bear the original concept of La Villa: right at the Ocean edge, toes-in-the-sand theme. They are all Seafront and Sea View. A supplement is applicable for this room category over the PWANI Rooms.