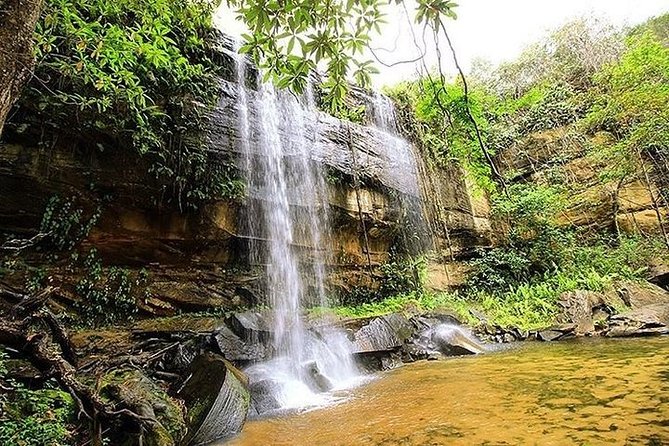 The Shimba hills are a dissected plateau that ascends steeply from the coastal plains, 30 km south west of Mombasa and just south of Kwale town. The surrounding escarpment rises from around 120m to 300m across the bulk of the plateau and as high as 450m at Marare and Pengo hills. The underlying rocks are the Triassic Shimba Grits and in the north central part near Kwale town Pliecone Magarini sands. Rivers flowing from the hills supply fresh water to Mombasa and the Diani/Ukunda area.