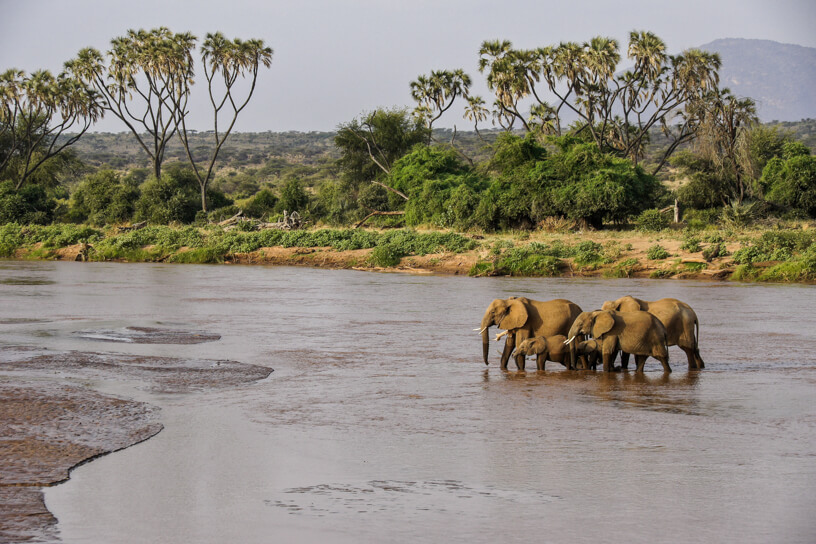 The Shaba National Reserve is part of three small adjoining savanna national reserves that lie on either side of the Northern Ewaso Ngiro River, 340km North, North East of Nairobi (Samburu, Buffalo Springs and Shaba). They were established in 1948 as the Samburu Isiolo Game Reserve, part of the once extensive Marsabit National Reserve. Now they are managed by their respective county councils, Samburu and Isiolo.

The reserve consists of a low-lying, semi-arid plain on the southern bank of the Northern Ewaso Ngiro river. It lies 9 km east of buffalo springs national reserve, from which it is separated by the main road from Isiolo to Marsabit. The reserve was gazetted in 1974 and is administered by the Isiolo CC. Its Northern section includes a 34km stretch of the Ewaso Ngiro river; here and elsewhere in the reserve are numerous springs and swampy areas, although some have bitter-tasting water. The starkly beautiful landscape is dominated by Shaba hill to the south, at the foot of which is a rugged area with steep ravines. The sandy soils are volcanic in origin.