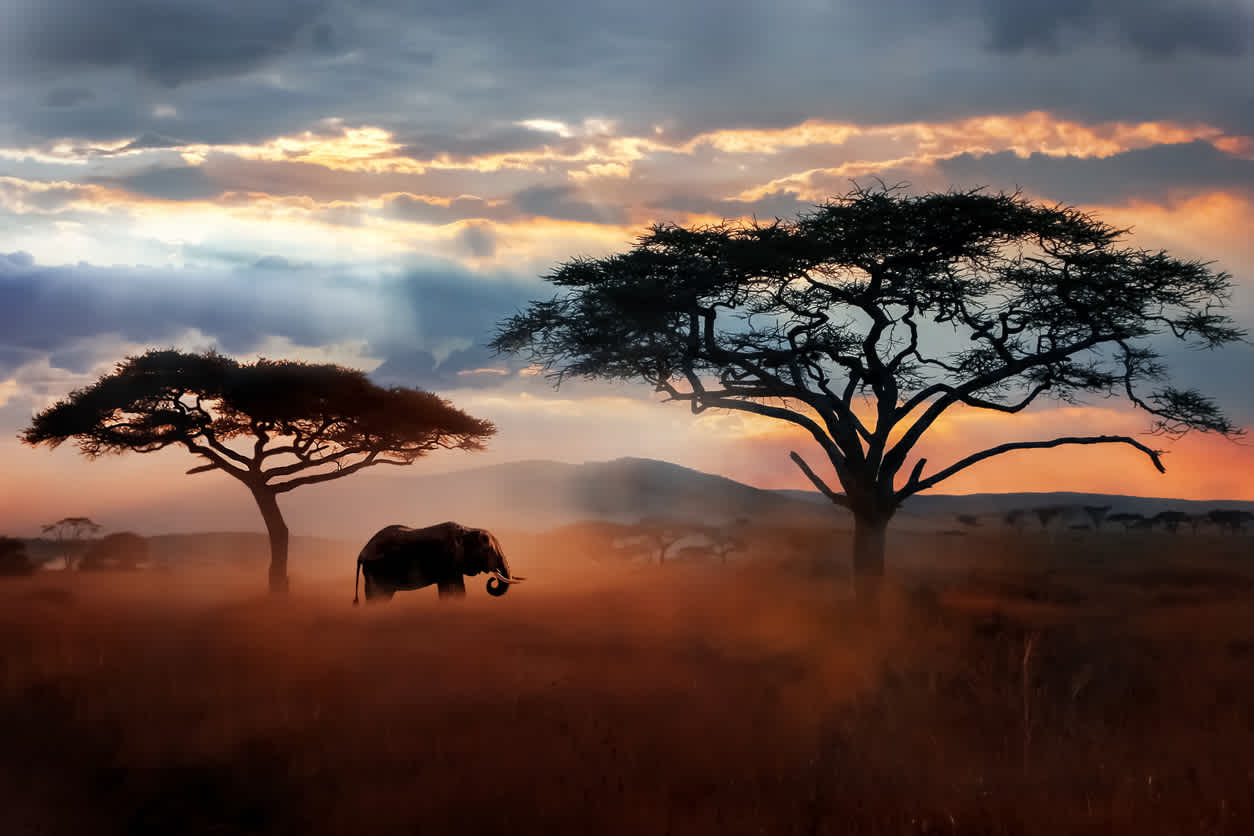 Serengeti is easily Tanzania’s most famous national park, and it’s also the largest, at 14,763

square kilometres of protected area that borders Kenya’s Masai Mara Game Park. Its far-reaching plains of endless grass, tinged with the twisted shadows of acacia trees, have made it the quintessential image of a wild and untarnished Africa. Its large stone kopjes are home to rich ecosystems, and the sheer magnitude and scale of life that the plains support is staggering. Large prides of lions laze easily in the long grasses, plentiful families of elephants feed on acacia bark and trump to each other across the plains, and giraffes, gazelles, monkeys, eland, and the whole range of African wildlife is in awe-inspiring numbers.

Protected area since 1940. In 1929, 228,600ha of central Serengeti was declared a game reserve. Afforded national park status in 1951 with extensive boundary modifications in 1959. Internationally recognized as part of Serengeti-Ngorongoro Biosphere Reserve (with the adjoining Maswa Game Reserve) under UNESCO’s Man and the Biosphere Programme in 1981 and inscribed on the World Heritage List in the same year.

The annual wildebeest migration through the Serengeti and the Masai Mara attract visitors from around the world, who flock to the open plains to witness the largest mass movement of land mammals on the planet. More than a million animals make the seasonal journey to fresh pasture to the north, then the south, after the biannual rains. The sound of their thundering hooves, raising massive clouds of thick red dust, has become one of the legends of the Serengeti plains. The entire ecosystem thrives from the annual migration, from the lions and birds of prey that gorge themselves on the weak and the faltering to the gamut of hungry crocodiles that lie in patient wait at each river crossing for their annual feed.

The plains of Serengeti are mainly crystalline rocks overlain by volcanic ash with numerous granitic rock outcrops (kopjes). In the north and along the western corridor are mountain ranges of mainly volcanic origin. Two rivers flowing west usually contain water and there are a number of lakes, marshes, and waterholes.