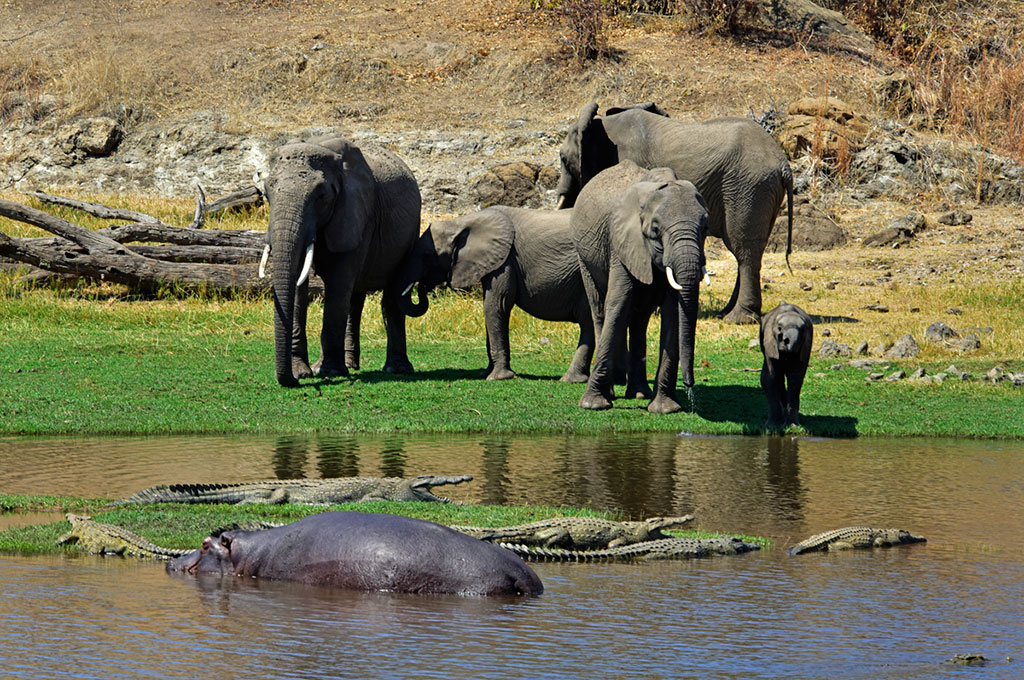 Ruaha is one of Tanzania’s best kept secrets! It’s previous inaccessibility means that this park has remained unchanged for centuries and offers the type of wild safari that early explorers were privy to. Bordered on the east by the Great Ruaha River and the west by Mzombe River, visitors are struck its the beauty and vast expanse of wilderness stretching down towards the hazy blue hills of the Southern Highlands. The terrain is varied and fascinating with wild fig trees, rare baobab forests and gorges of glowing orange sandstone. The rivers contain swirling rapids and deep pools inhabited by crocodiles and hippos

Chief Mkwawa of the Hehe tribe used Ruaha’s rocky outcrops as hiding places, when German troops were hunting him in 1895 for killing a German Captain. They finally found him in a cave weak from malaria, but rather than give himself up, he shot his faithful bodyguard and then himself.

Ruaha is a permanent hunting ground for lions, jackals, hyenas and the rare and beautifully marked wild dogs. They prey on zebras and numerous antelopes, with both the stunning roan and sable antelope found here as well as greater and lesser kudu. There are also thousands of elephants and buffalo. Eurasian migrating birds flock to Ruaha twice a year (March/April and October/November) to join the already high number of resident species like kingfishers, hornbills, egrets, shimmering sunbirds and plovers.

Dry Season: Mid May to December is the best time to see predators and large mammals as the bush has died down from lack of rain, and they concentrate at the sparse water courses.
Rainy Season: January to April is wonderful for birdlife, lush scenery and wildflowers but many roads become impassable after heavy rains.

Facts
Ruaha National Park covers an area of about 6,400 miles² (10.300 km²) in the central/southern highlands of Tanzania. It is the country’s second biggest park, gazetted in 1964. Ruaha is a one and a half-hour flight from Dar es Salaam or a 10-hour drive.