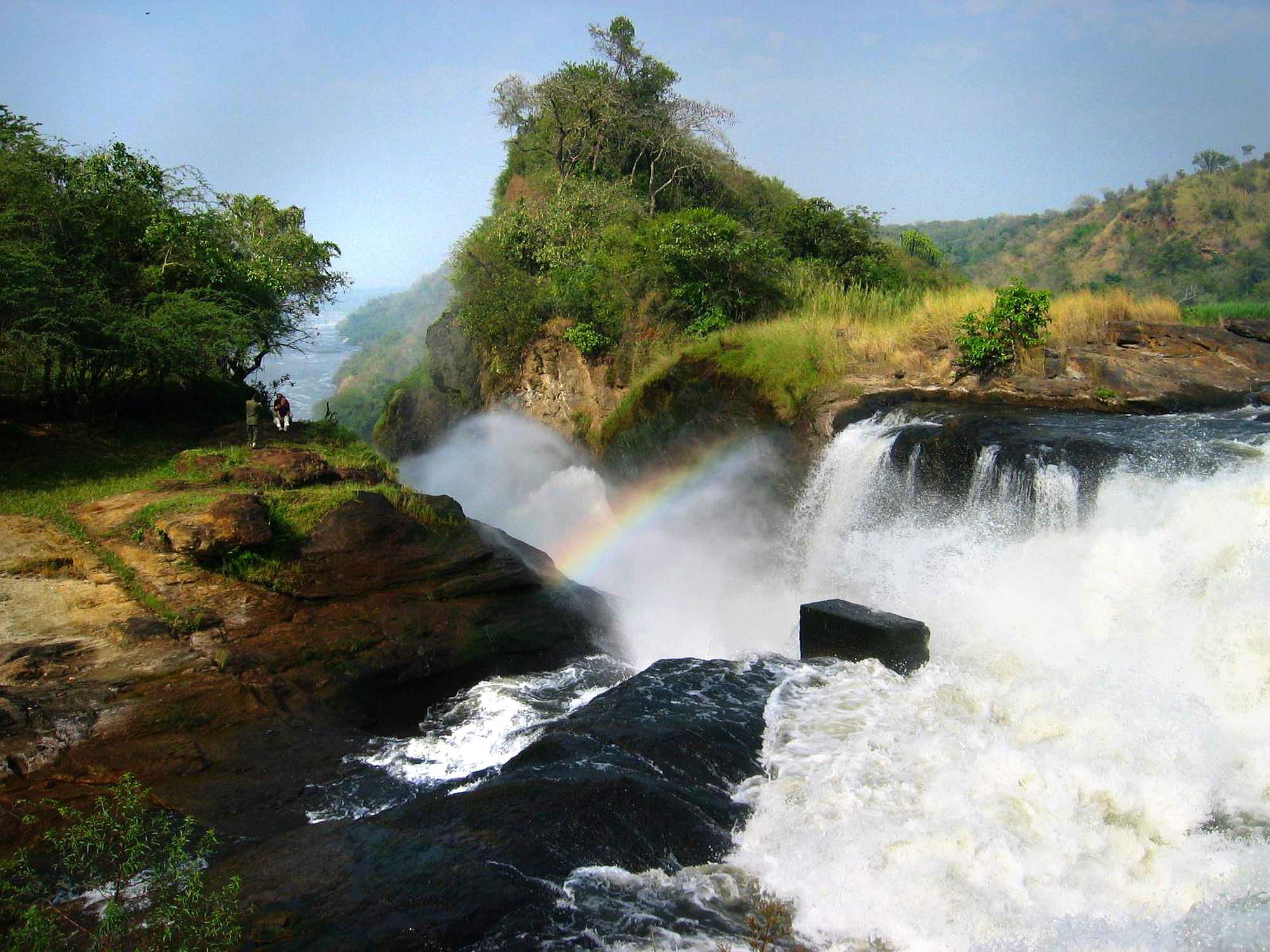 Murchison Falls National Park is one of the most spectacular in Uganda, and indeed in the whole of Africa. This is the largest game park in the country (3,840 sq.km.) and has the most intense concentration of animals along the river. Here is the awe-inspiring Murchison Falls, where the River Nile hurls itself in appalling convulsions through a narrow crevice and then plunges 40 metres in one breathtaking leap.

Before the Murchison Falls themselves, in the eastern sector of the Park, are the Karuma Falls where the Nile cascades over 23 kilometres of rapids in a breathtaking sight. This is some of the most exciting white water in Africa. A launch trip up stream to the falls is one of the great experiences in Africa.

Elephant, hartebeest, giraffe, buffalo, crocodiles and countless antelope and birds (including the rare Shoebill stork) can be admired at the water’s edge as the launch glides along.

The Murchison Falls National Park, with its variety of vegetation ranging from riparian forests and swamp lands to broad Savannah, provides the opportunity of seeing many of the animals found in Uganda. In the southern section of the park is the beautiful Rabongo Forest, home to several families of chimpanzees and other primates. Make sure you have plenty of film for your camera, although they are difficult to spot in the thick canopy above.

This is the biggest National Park in Uganda with an area of 3840km2. The River Nile divides the park into the north and south sectors and forms falls where it flows over the western rift valley escarpment. Here, the river is forced through a 3 meters gap in the rocks and cascades into a boiling pot 30 meters below.A boat cruise upstream to the falls provides an unforgettable experience. The falls can also be viewed from the top which gives a completely different impression.