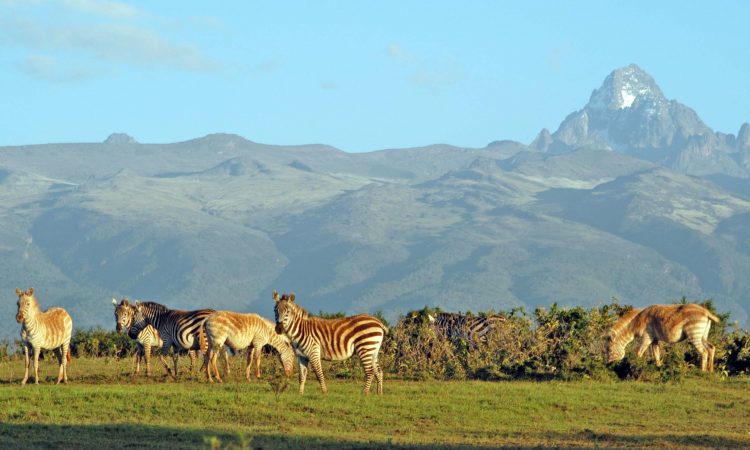 The Mount Kenya National Park an imposing extinct volcano dominating the landscape of the Kenyan Highlands, East of the Rift. Mt. Kenya lies about 140 km North, North-East of Nairobi with its Northern flanks across the Equator. The mountain has two main peaks – Batian (5200m) and Nelion (5188m).

The mountains slopes are cloaked in forest, bamboo, scrub and moorland giving way on the high central peaks to rock, ice and snow. Mt. Kenya is an important water catchment area, supplying the Tana and Northern Ewaso Ngiro systems.

The park includes a variety of habitats ranging from higher forest, bamboo, alpine moorlands, glaciers, tarns and glacial morains. The park, which was inscribed by UNESCO as a World Heritage Site in 1997 ans is also a Biosphere Reserve, covers 715 km2, and includes the Peaks consisting of all the ground above 3200m with two small salients extending lower down to 2450m along the Sirimon and Naro Moru tracks. Surrounding the park is Mount Kenya National Reserve with an area of approximately 2095 km2.