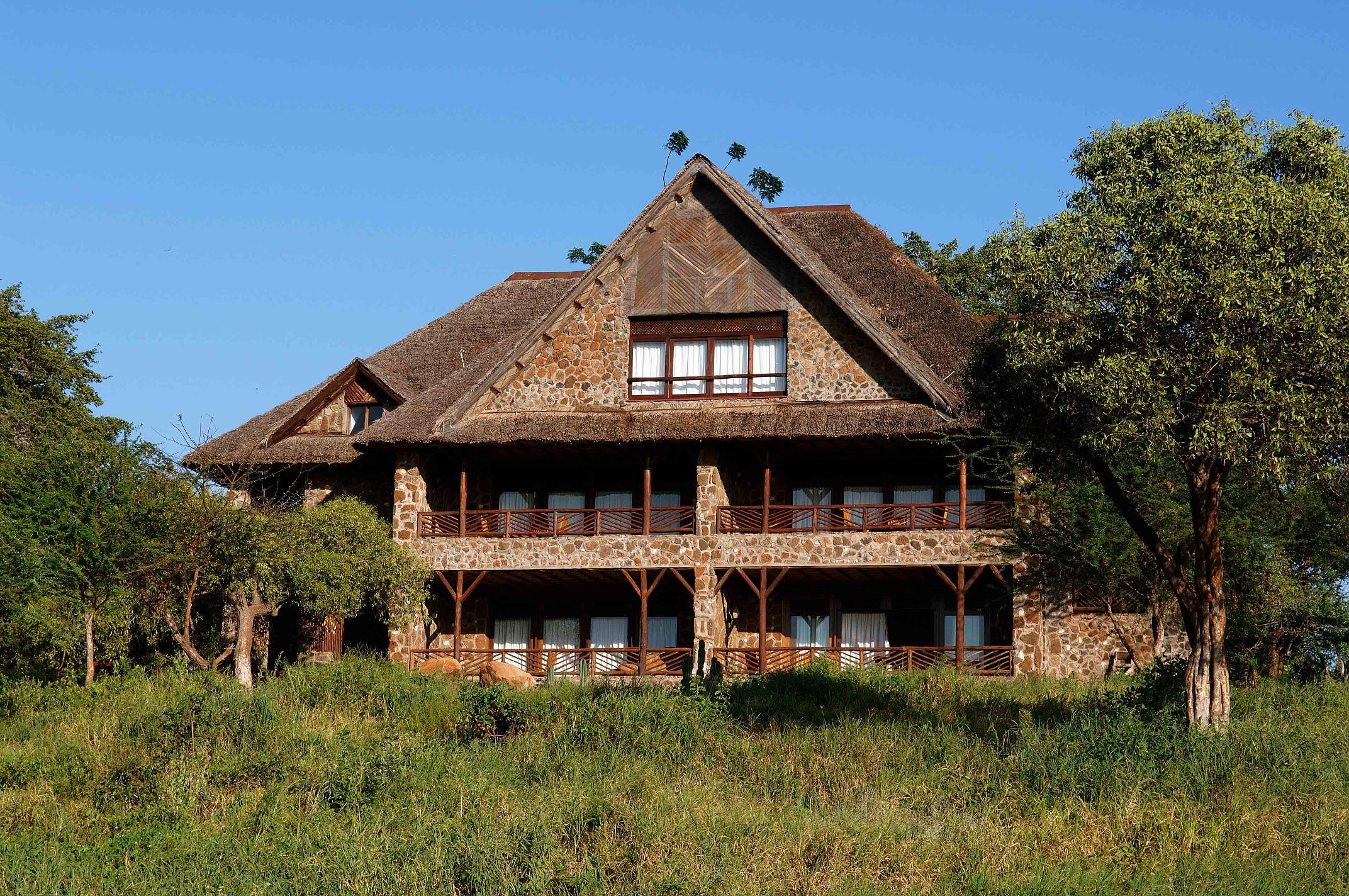 Located on a ridge that commands magnificent sweeping views of the Chyulu Hills at the foot of Mount Kilimanjaro, Kilaguni was the first safari lodge ever to be built in a national park and has long been a favourite of international tourists. It was opened in 1962 and has been under Serena management since December 1999. Taking its name from a Kamba word meaning ‘young rhino’, the lodge is located in the middle of the world renowned Tsavo National Park – an area covering 20,720 square kilometres that boasts a huge population of elephants.

The hotel has 56 bedrooms and a fabulous terrace from which you can witness spectacular African sunsets. Its waterhole is considered to offer the finest terraced savannah game viewing in Kenya, and at night you can listen to the sounds of herds of buffalo and elephant grazing outside your bedroom.

Activities include game drives; excursions to Mzima Springs, with its crystal clear water welling up from volcanic rocks and its hippos and crocodiles; The Rhino Sanctuary; Chaimu Lava Floor; Sheitani Lava; and Roaring Rocks, a volcanic hill formation with caves and rocks.