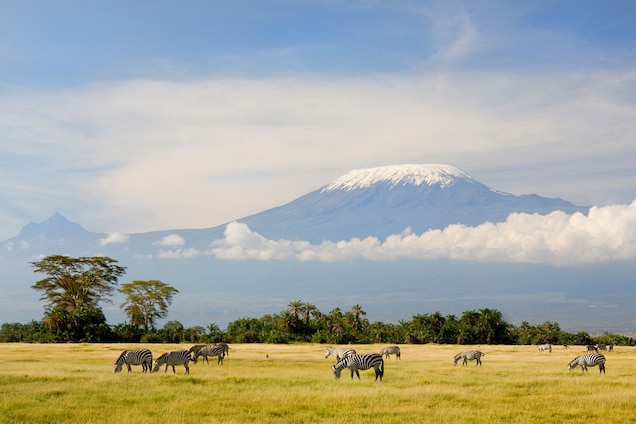 Amboseli National Park lies immediately North West of Mt. Kilimanjaro, on the border with Tanzania. Amboseli was established as a reserve in 1968 and gazetted as a National Park in 1974. The Park covers 392 km2, and forms part of the much larger 3,000 Km2 Amboseli ecosystem.

Within this basin is a temporary lake, Lake Amboseli, that floods during years of heavy rainfall. Amboseli is famous for its big game and its great scenic beauty – the landscape is dominated by MT Kilimanjaro.

The Amboseli National Park climate is mainly hot and dry. Amboseli is in the rain shadow of Mt. Kilimanjaro. The maximum average temperature of the warmest month is 33°C during the day, while that of the coldest is 27-28°C. An annual rainfall of 300mm per annum is distributed in two seasons: April/May and November/December. Recurrent droughts and potential evaporation of 2200mm per annum typifies the region (KWS, 1991).