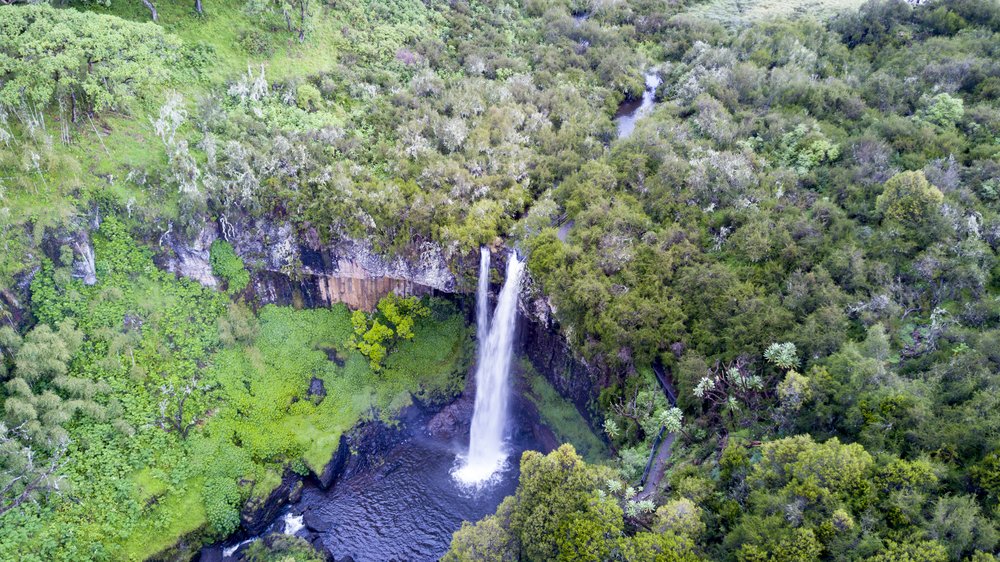 The Aberdares National Park covers and area of 766km2 and are an isolated volcanic range that forms the eastern wall of the rift valley, running roughly 100km north south between Nairobi and Thomsons Falls. Soils are red and of volcanic origin, but rich in organic matter. There are two main peaks, Ol Donyo Lesatima (3,999m) and Kinangop (3,906m) separated by a long saddle of alpine moorland at over 3,000m.

The topography of Aberdares National Park is diverse with deep ravines that cut through the forested eastern and western slopes and there are many clear streams and waterfalls. The Aberdares are an important water catchment area providing water to the Tana and Athi rivers and part of Central Rift and Northern drainage basins.

The Aberdares National Park lies mainly above the tree line running along the 10,000ft contour with some forest and scrub at lower altitude in the ‘salient’ area near Nyeri with the boundary running down to the 7000ft contour. The unusual vegetation, rugged terrain, streams and waterfalls combine to create an area of great scenic beauty in the National Park.

The park is surrounded by a predominantly indigenous forest, whose management is under a Memorandum of Understanding between KWS and the Forest Department.The Aberdares Climate is misty and rainy throughout much of the year, with precipitation varying from around 1000mm yearly on the north western slopes to as much as 3000mm in the south east. Heavy rainfall occurs through most of the year.